By the end of 2022, I did another fun commision – a digital Christmas card for the company Purive. I haven’t done any digital illustrations for a while, so a good time to pick it up again.

I was approached by the company Purive to create a digital Christmas card for them to send to their clients via e-mail as a nice Christmas greeting. Purive is a Dutch but international interim management and consultancy firm in the industrial sector.

Naturally, I contacted them as soon as possible to find out more about what exactly needs to be done. For this, I sent an email asking about the details of the Christmas card, the scope of the order and I asked for examples.

After the intake, I suggested making three concepts of the Christmas card. Then the client can choose a concept that I can continue with. The concepts consist of a short video or illustration with an impression of the idea and illustration style, so no elaborate elements yet.

The first concept is a snowy landscape with houses, Christmas trees with lights and moon and stars in the background. This is in a cut-out paper style. This way, the Christmas card looks like a real card made of paper: the parts on the card seem to be cut out. In the animated gif, I want it to be dark, the lights go on and the moon rises. And finally, I want fireworks and the company logo with a Christmas and New Year greeting to come into view. I sent a short animation of the light-dark effect and a simple illustration of a Christmas landscape in paper cut-out style as an example.

The second concept is a fireplace with a Christmas tree, presents and an armchair. In the animated gif, the room gets a little brighter as the fireplace and the lights in the Christmas tree turn on. At the end, you see two clinking champagne glasses or an uncorked champagne bottle in the picture. And, of course, the company logo with Christmas and New Year greetings. I sent a short animation as an example of the style I want to use.

The third concept is a sketch of a Christmas landscape. Santa flies over in his sleigh and leaves stardust behind, giving colour to the landscape. So you see the sketch change from black and white to colour. Again, at the end, the company logo with Christmas and New Year greetings is in the picture. As an example, I have included a short film where the sketch changes colour.

In the end, the client chose the 2nd concept, personally also my favourite idea. I started working with this concept in the application Procreate on the iPad.

I searched the internet for various examples of fireplaces, Christmas trees, armchairs, etc. From there, I made my own version in Procreate. First, I made a sketch of the outer lines. Each element (Christmas tree, chair, fireplace) was placed on a separate layer so that I could edit them separately.

Second, I added colour to each element and then made it a bit more vivid by adding light and shadow effects. Several techniques can be used for this, such as Gaussian blur for a soft shadow effect. You can find plenty of YouTube videos of these techniques and tricks. In the meantime, I kept the client updated on the progress.

In Procreate, you have the option to create short animations. Here I once again consulted Youtube as a source of information. As I haven’t worked with animation in Procreate before, it’s not easy. But fortunately I have some experience with Flash and the idea remains the same: you can adjust your illustration frame by frame or layer by layer and then play it back frame by frame, like in a film reel. You do need many layers in the Procreate file for this. This is because each layer is one frame in the animation.

For this animation, I chose to use a black layer and transparency to apply the light effect. For each layer, I lowered the transparency of the black layer so that it looks like it is getting lighter in the room as the fireplace and lights come on. Finally, I made the Christmas greeting and logo appear, accompanied by clinking champagne glasses.

You can see the result of the animation in the video below. I think it turned out to be a warm, atmospheric card. Purive is very happy with this digital Christmas card and I myself am also satisfied.

Initially, I wanted to make an animated gif, but ended up making a video. An animated gif of this animation was either too heavy to send or of poor quality. The client asked at the end to send an image of the last scene from the video with the Christmas greeting and logo. This is because their customers do not always open videos and this way the message still gets across. 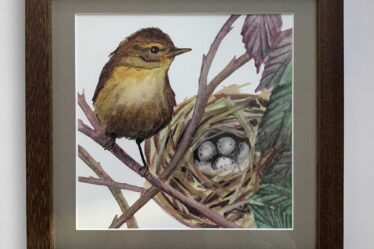 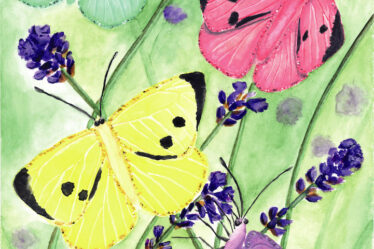 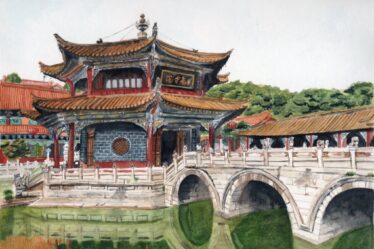