It is time again for a hike in the Green Heart in the Netherlands. It is mid summer and there is a heat wave going on. It would be around 32 ºC today. I wanted to do a hike not too far away from home, so I could start early and be back home before it gets very hot. Although with this heat it isn’t really bearable at home either. This hike is called the Oukooproute and goes from Hekendorp in the Netherlands to the Oukoopsemolen and back.

I got up very early again and at a quarter past seven I got off the bus at Hekendorp. From the bus stop I walk towards the small town and pass a field with some fruit trees. The pears are already growing nicely. Soon I cross the Hollandsche IJssel via the Wilhelmina van Pruisen bridge. In the distance I see a large factory along the waterside.

I turn left and walk down the main street in Hekendorp. Further on you can see the sluice called the Goejanverwellesluis which connects the Lange Weidsche Boezem with the Hollandsche IJssel. Before the sluice I turn right. I walk along the Oostkade and there are a number of trees in bloom with beautiful lilac flowers.

Further on, the paved street turns into a grass path. The path is dense but quite passable. I meet a number of people walking their dogs. It is certainly a long river (hence the name ‘Lange Weidsche Boezem’): after about half an hour along the river I arrive at a railway track.

The small river continues a little further underneath the railway and after a bend at Hogebrug it turns into the Dubbele Wiericke (Double Wiericke). I will walk along the Enkele Wiericke later on (yes, of course the Single Wiericke is also nearby). I go left before the railway track myself and a little further on the right I can go underneath the track. The train in the direction of Breukelen, with which I travel almost weekly, goes over this track. Nice to see it from the other side for a change!

Before the town of Hogebrug I turn right and go up a little steep road. I walk along the railway for a while on the road called the Twaalfmorgen. I take a short coffee break on a bench. I learned from the previous hike on the migration birds trail: this time I brought a cap and plenty of water. I put the cap on, because it is already starting to get quite warm.

Further on I turn right on the Oukoopsedijk. Here it is nicely sheltered with full leafed alders on both sides of the road. After a dairy farm I turn left and walk on a grass path along the farm. After a short distance on the grass path I reach a bird lookout point with an information panel about the bird species that live here. I don’t see many birds at this moment.

I also kept a bird checklist during this hike (as in my previous hike), but I did not save it properly and so I lost which birds I saw exactly.

At the bird lookout point I can only turn to the right. A little further on, the grass path ends again and I have to turn right immediately. I walk along grass fields where many lapwings can be seen. I have never seen these birds before during my hikes. Of course I can’t take a good photo of them again.

After a while going straight on I turn left over the Oukoopsedijk again. I can already see the Oukoopse windmill further on. Near the mill I have to turn right over a paved path. Many blue dragonflies fly in front of me and sit still for a while on the warm tiles. Of course not long enough to take a good photo of them. I have to go through a little fence near private property. I check if I’m allowed to go through here, I can just take the path that goes next to the mill. At the mill I go up the dike and then to the right.

On the dike, the grass is watered with water sprinklers that I have to pass. At first I think: oh no, how am I supposed to get past this?! But it’s getting warmer and warmer, so I should stop complaining. The water is a pleasant refreshment. So I just walk through the water sprinklers. I am dry again in no time.

I am now walking on the Prinsendijk along the Enkele Wiericke river. I am now on my way back to Hekendorp.

The low-lying, wide polders can be seen on the right-hand side. Suddenly a large bird flies by and it looks like a heron from its flight pose. But this one has a different colour than the old familiar grey heron (which by the way is called blue heron in Dutch and is more of a grey colour, and the egret is called a silver heron in Dutch and is white. I don’t get it!). This bird has a browner colour and for the sake of convenience I assume that it is a purple heron. This type of heron has a brown-purple plumage and is much less common in the Netherlands than the grey heron.

The purple heron has a brown-orange neck with black stripes (even more colours, but purple isn’t mentioned anywhere!). The bird is darker, smaller and slimmer than its grey nephew. These herons are common in low peat areas in Friesland, Overijssel and in the Green Heart (yes, that’s where I am!) in the Netherlands. 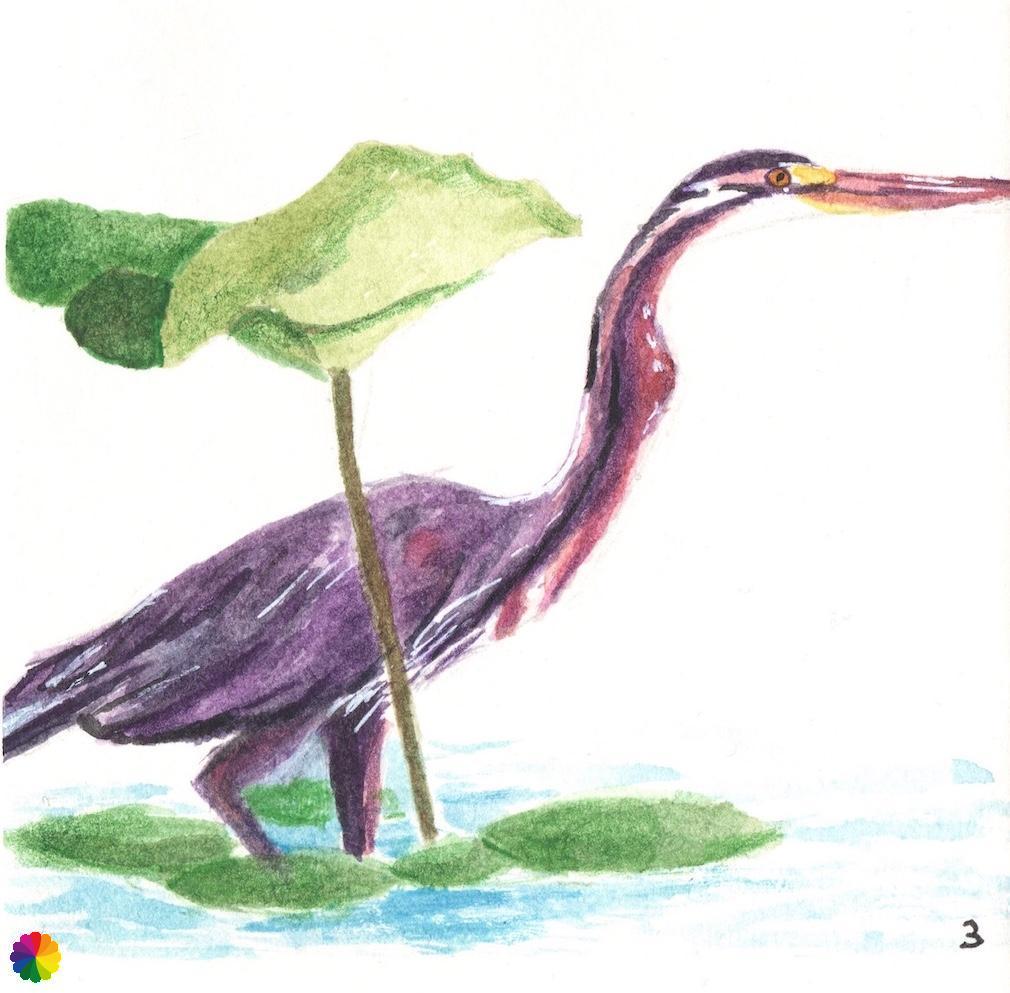 Further on, the Prinsendijk bends to the left. I come across a few other hikers. At the end of the dike I am back on the Twaalfmorgen along the railway track and now go in the opposite direction. At Hogebrug I turn right underneath the railway again and then walk straight on over the Opweg to Hekendorp. When I arrive in the town I turn left. I pass the historical pillory.

I am back at the sluice where I started my hike earlier that morning. I walk the same way back to the bus stop. It is now around ten and I have already finished my hike.

I thought this hike was worth a 3 star rate. It was a nice, relaxing walk, with many views over the polder landscape. But because of that also a lot of the same. So 10 km was just long enough. 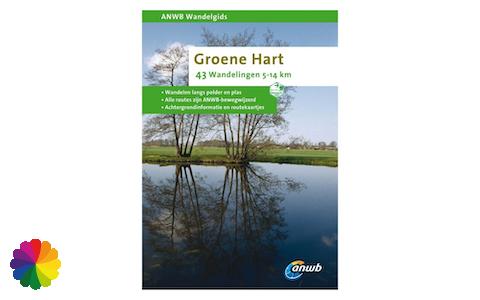 Extra info
You can hike this trail by following the 6-sided ANWB signs. Unfortunately, the trail is not marked well (anymore). You can find the trail on the website groenhart.nl (in Dutch). 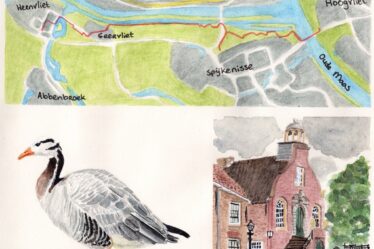 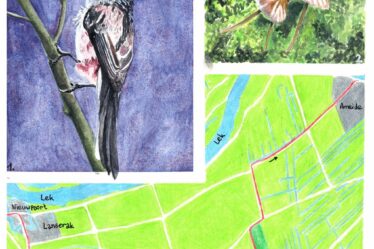 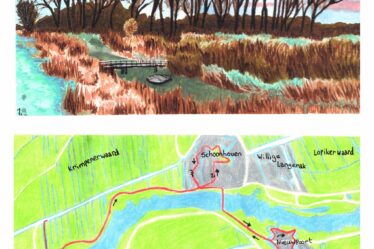